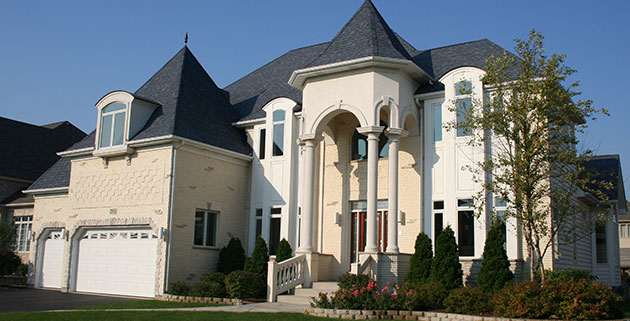 A semi-custom home that features Smart House home automation is on display at the Ashbury subdivision in west suburban Naperville.

The home is a cooperative effort of Naperville-based Oak Hill Builders Inc. and Lisle-based Molex Inc., a leading supplier of interconnection systems.

The Smart House concept, launched in 1984 by the National Association of Home Builders National Research Center, has since been adapted by developers throughout the country.

The Sharon model at Ashbury is the first Smart House to be introduced in western suburbs, according to Oak Hill owners Nick and John Stanitz.

A wiring system developed by Molex provides the infrastructure that allows “intelligence” to be added to the new home via a unifying system of cables for power and signal distribution, “intelligent” outlets and switches.

Visitors to the Smart House will be shown how the built-in “intelligence” permits the interconnection of electronic, electrical and gas home products. Molex has been a national leader in developing integrated networks for centralized home management systems.

The two-story Sharon is a modified Georgian design.

The home also has a sunroom off the kitchen and dinette, volume ceiling in the master bedroom, cathedral ceiling with skylight in the master bath, rear deck, full basement and attached three-car garage.

Oak Hill will build the Sharon model, base-priced from $280,000 plus lot, on any lot, as well as at Ashbury.

Oak Hill is one of several builders at Ashbury, which is planned for 1,100 homes.

The model is at 1119 Conan Doyle Road, one block south of 95th Street and one mile east of Illinois Highway 59